The Legacy Of The Honoring Bell 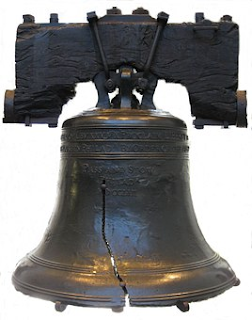 Yesterday, I stood as one more nameless person in a crowd of several hundred people. And, I have never been more proud to do so. We were all there to honor another of our fallen children, Sgt. Joshua Tomlinson, 24, of Minden, Louisiana, who died last week in Afghanistan.

Beside me in that crowd, was my own son, Andy, who, himself, lost the use of his legs as a result of a sniper's random shot in Afghanistan a little under two years ago. My older son, Daniel, and my wife, Donna, also stood in hushed reverence as Josh Tomlinson's body arrived at the front entrance of the First Baptist Church of Minden.

A deep, and honoring, and haunting tone rang steadily over the crowd from a great, soft spoken bell, positioned somewhere beyond my view. The reverent and repeating toll of that bell became the "cadence of oneness" for this motley honor guard of citizens. And between the counts of that noble bell, even in this great gathering, a pin could be heard to drop. Such was the level of respect present for this young man on this notable and sorrowful day.

Donna and I drove from Texarkana, Arkansas to Minden to honor Josh and his family. But we were also partially motivated by a desire to be part of the human wall that would protect this family from an unspeakably horrible hate group out of Topeka, Kansas. This group, headed by Fred Phelps, routinely stages protests at the funerals of our fallen heroes. They actually celebrate the death of our soldiers right in front of their families if they can.

As Donna and I drove through the downtown business district of Minden, on our way to the church, the whole area was noticeably subdued. On what should have been a bustling Saturday afternoon, the downtown looked more like a ghost town. The Minden "family" was mostly already at the church, grieving together and preparing to honor Josh.

I don't know the people of Minden; but I know them. They are ordinary people who understand the cost of freedom and hold dearly to their patriotic roots. But, like the rest of us, they hope those values will never actually have to be put into play.

Like the rest of us, these folks get up every morning simply hoping to discover a day that is peaceful, and safe, and affords them the simple joys of life. They, like us, want to raise and enjoy their children. They want to greet their neighbors with love and respect.

They want to drink coffee together in the morning at the local cafe, and poke fun at each other in the heat of a summer afternoon encounter. They want to go to church together. And they want to celebrate the milestones of life together.

They just want to live quietly and peacefully in a descent town, in a descent state, in a descent nation, on a descent planet. But, even that simple aspiration is often challenged by the dark extremes of our world.

Actually, from its beginning, this world has been victimized by dark extremism. It happens every so often that the darkness decides to rear its ugly head among us, and insist that we bow to its demands.

These waves of ugly humanity are easy to recognize on the world stage. They always, ultimately, become an unreasonable and aggressive point of view that attempts to force itself on the rest of us.

We are talking here about the forceful expressions of warped minds - minds like that of Fred Phelps. But he is a very small fish in a very large pond.

When I start to put together a catalog of dark extremists, my own mind goes first to Joseph Stalin and Adolph Hitler, also dark killers of our children. Always, it is the same it seems; our children are the price that these evil ideologues ultimately exact of us.

And that is certainly still true in this 21st century with the dark extremism of present day Islamic terrorists who cost Josh his life. Their demand? That Islamic law be instituted in every country around the world, without exception, as their condition for peace. Even the word "extreme," doesn't nearly do this insanity justice.

So, one more time, we must send our children off to war to defend us against the lunacy of the darkness. One more time, those of us who understand the difference between good and evil, must cry the tears, and give up our precious children, and stand in long solemn lines with broken hearts that are signified by the flags we hold and the sound of the honoring bell.

One more time, we must pay the required price to stop the darkness from overwhelming us. But what choice do we have. The darkness never stops, and neither can we.

And all the while, the darkness and the dupes of the darkness would tell us that no cause is worth it. They would have us to believe that the love of light, and goodness, and the truths of our Creator are all foolishness and long outdated values, and not worth fighting for. They would offer us, instead, the "glory of the darkness."

Marx and Stalin offered us Communism. Hitler offered us fascism and Aryan domination. Fred Phelps offers us blind hate and heretical bigotry. Today's Muslim extremists offer us burkas for our women, and the twisted thoughts of Mohammed as the basis for our law and government.

It goes without saying, though we certainly should say it often, that we owe a great debt of gratitude to the American military and to American law enforcement. And we are deeply indebeted to the many who have given their full measure of devotion to keep such darkness at bay.  And we owe their families.

All of these have empowered and kept very current our answer to these ever recurring extremes of the Darkness. Because of their unfailing strength and their heroic will to act, that resolute answer to the Darkness is now, what it has always been throughout American history: "Not today!"
Posted by Larry Burnett at 10:50 AM