She Was Always Ahead 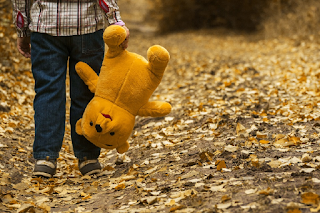 Sometimes, because life comes at us so fast and moves on the same way, we cannot manage to adequately take care of all of the issues of our present. So later, in our minds, we go back. We revisit and work through the issues of our past.  We do our best to reconcile those intellectual, emotional, and relational accounts.  Among all of God's creatures, only humanity has this ability.

As I look back over my own life from the high vantage point of 61 years, I, too, have some regrets. And some of those run very deep. And, almost without exception, my significant regrets revolve around people I have hurt or somehow wronged.

Some of those issues, Christ, in one stroke of forgiveness, reconciled for me at my conversion. Some few, far too few really, I have had the opportunity to actually ammend.  And, still others of those lingering issues, I have, with the years, been able to "square" in my mind with careful thought, and prayer, and repentance, and time.

But, there is one regret that still haunts my days - not every day - but the quiet, reflective days, when I tend to assess life with a little more frankness and honesty. Days like this one.

The issue that still troubles me most is how long my "boyhood" lingered.  To be born a boy is to have some things predetermined about who you are, and how you will behave, at least in general terms.

But my regrets regard my failure to properly transition from boyhood to manhood.  When I married my wife she was eighteen years old and I was twenty. But in real terms, though I was two years older than her, she was, by my estimate now, at least 4 years my senior.

So, in the real terms of maturity, she was at least twenty and I was still sixteen. And I spent the first twenty years of our marriage lingering behind her in that maturity gap.

And especially when our children were born, I actually lost ground as she leaped ahead.  With each child she became more and more the consummate mother and a truly responsible parent.

Across the years that we raised our children, she became a model of true love, of protecting love, of mature love - often sacrificing herself to the process of caring for her family. Perhaps I did grow up a little in those years, but not nearly enough and not nearly fast enough.  Thus, I left upon her delicate shoulders the weight of more responsibility than she should have had to carry.

Too often, I allowed her to take the lead in the tedium of life and to care for far too many "menial" (by my prideful estimate) details. When I should have protected her from the abrasions of life, big and small, I left her gentle spirit much too exposed to the world’s threats.

And my children were touched by these same failures. Sometimes there was simply too much distraction, and not enough Dad. I should have been more their protector and more often their playmate.

So, for far too many years, I remained immature in the practical prosecution of our life together. And even as I did begin to mature, I continued to pushed too hard toward my personal aspirations, and understood too little of my broader stewardship as a man.

I often invested myself minimally, and yet, demanded too much in return. I involved my self in noble goals, but I took too little note of the larger cost of my schemes.

As men so often do, I knew where I wanted to go.  But, I paid too little attention to the ground under my feet.

I think that most people who have known me across my life would probably say that I was and am now a good husband and father. I think my wife and children would also make that same charitable statement.

I am glad that God has given us the capacity to revisit our past and reconcile our intellectual, emotional, and relational issues. I am glad we can, at least in some measure, "square" our mistakes and failures by making amends, getting forgiveness, forgiving ourselves, learning our lessons, growing up, and doing better.

But, in my role as a husband and a father, I will always wish that I had done it better - from the beginning. I know many who have. And, while I have made some peace with my own failures, my advice to young men is always: "Never have to.  Better to just turn the 'boy' loose when it's time and embrace your manhood."
Posted by Larry Burnett at 5:49 PM

The Americana Gallery contains perspective on America's Character and Role in the world.
The Milestone Gallery is devoted to various Anecdotes.